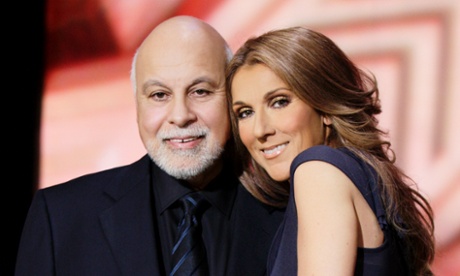 Celine Dion has cancelled her Asia tour and

postponed other shows in order to care for her

husband, who has cancer, their family and other

The 46-year-old singer tied the knot with her spouse

1980. Together they have sons Rene-Charles and

Celine’s main concern is her husband, who had a

cancerous tumor removed from his throat last December.  “I want to devote every ounce of my strength and energy to my husband’s

concerts since the 29th of July, according to a press release. As this temporary break happens, her residency at the Colosseun at

Caesars Palace also enters a halt; she has been performing there since 2003 and her contract extends up until 2015.  Based on almost

$12 million in earnings from her 60 Las Vegas concerts, Billboard named her the 23rd-highest-paid musician of 2013.

She has abandoned dates of her Asia tour, meant to start on November 11 in Nagoya, Japan.  'I want to apologize to all my fans

everywhere, for inconveniencing them, and I thank them so much for their love and support,’ she said.

About her husband, she said: 'Life imposes some things on you but he's doing really well. He's working hard; he's really being

disciplined, which is not an easy thing for him. So he's very disciplined, he's working hard, he's playing with the kids, he's having a

Dion most recent album Loved Me Back To Life, was released in November and debuted at No 3 on the UK chart.