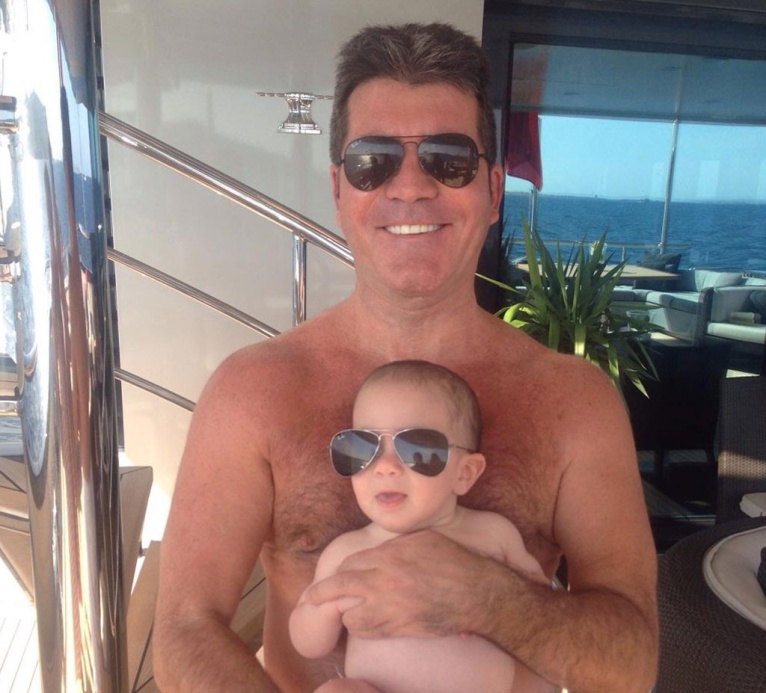 judge and creator of The X Factor franchise, shared on Wednesday

Twiter. Both are shirtless and sport one of the 54-year-old British

reality star's favorite aviator sunglasses. Simon looked as if he

was taking some time off from his busy schedule, as he enjoyed

the day with his little one on what appears to be a luxury yacht.

"Taking after daddy," he said. The man once dubbed "Mr. Nasty" is

Valentine's Day 2014 and is the couple's first child together. In

March, Cowell said he did not rule out having more children, saying he was "born" to be a dad.

Simon also revealed that he has found fatherhood a much easier adjustment than he expected.  ‘It’s not that difficult – if you’ve got a

good partner, who I’ve got, it’s a lot of fun. It’s easier than I thought.’

The reality star had shared on Twitter the first photos of Eric, then two days old, saying, "now you can see how very handsome little