SPORTS
The other unknown argentinian national team looking for glory 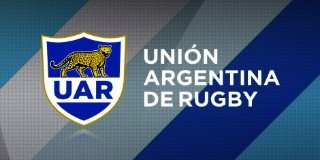 They are not so famous, not so rich and no so “wonderful” or “cool”. No many posters or pictures of them on the walls of the fans. And almost nobody thinks about them on these days. No one is wearing proudly the “albiceleste”(light blue in Spanish) because of them nowadays, but they are there, fighting and training every day to reach the glory with the best illusion to led Argentina to victory.

The UAR guys (Argentinian Rugby Union) are the Argentinian national rugby team, and these days they are concentrated in Pensacola, a small city on the Florida's peninsula in USA, focussed on their practices for the Personal Rugby Championship 2014 that will start on 16th of August, as the most important rugby championship of the southern hemisphere. Called as “TII Nations” years ago, now the tournament is played by 4 teams: Australia, New Zealand, South-Africa and since 2012 also Argentina. Considered as a younger brother of the famous and prestigious “VI Nations”that is played in Europe as the most relevant tournament of rugby in the northern hemisphere.

The Personal Rugby Championship 2014 starts on 16th of August with the first match being played in Pretoria against South-Africa, runner-up last year, in a two-legged encounter before play against the “All Blacks” from New Zealand and the Australian “Wallabies”, with which they will close the tournament at the Malvinas field in Mendoza on 4th of October.

“It's really important to be focussed on our work and don't hesitate in our way. We have to do our best to be with a chance to win at the first match”, points Juan Manuel Leguizamon, one of the most important players of the team. Clear are the words of the new “Los Pumas” captain Agustin Creevy: "Humility, sacrifice and all our efforts, combined with teamwork will be the essential guidelines for this new process", he said about their training stage before the big tournament.

"There is time for everything here, not just for the physical part. I take this opportunity to talk with the players about the game, about the group, and start to build a good group in that way. That is the basis of everything that we want to achieve in the future”, analysed Argentinian head coach Daniel Hourcade about the first part of the stage in Pensacola.

Now “Los Pumas” are about to come back to Argentina to go on with their preparation on a new stage in Buenos Aires since the 10th of July. They are not ready to start the competition, they have one more month to prepare the team properly for the Personal Rugby Championship 2014, but they are looking forward to take the Argentinian flag around the world with their sport.

Maybe in a few weeks, without the football fever of the World Cup any more, and forgetting whatever happened in Brazil, “Los Pumas”, the Argentinian pride of the Argentinian Rugby Union can be the team of a whole nation, and their values could be the feelings of the country.

Maybe they can not be as famous, as rich or as universally recognised than Messi, Higuaín, Di María, Agüero, Mascherano, etc, but they can be champions as well.

And there is the same glory for all.