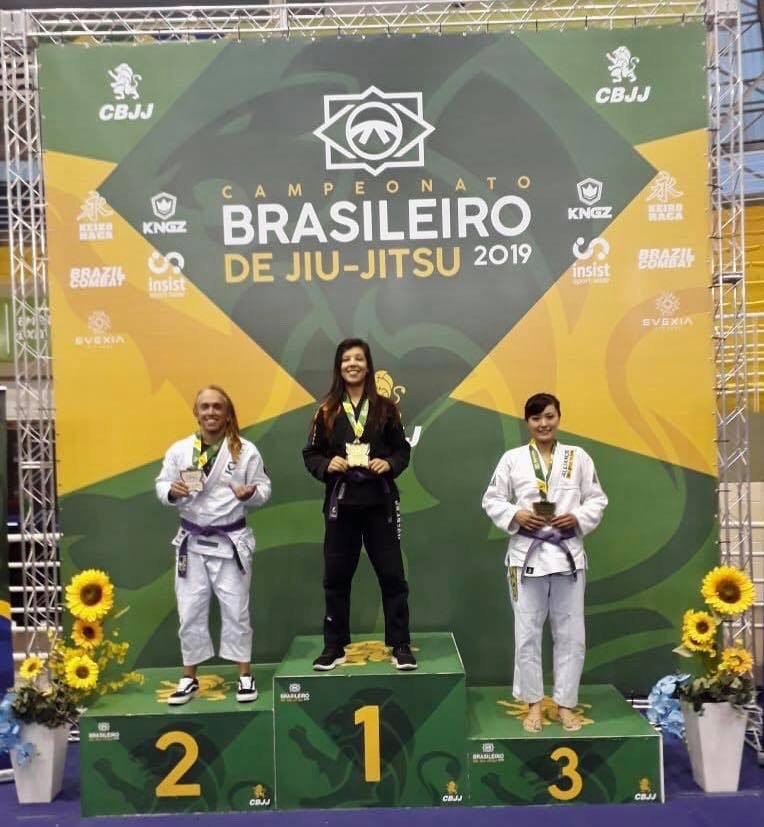 Mel on the podium

A Brazilian purple belt, born in Mauá São Paulo, was introduced by a friend to the world of Jiu Jitsu in 2012. Since first training in Brazil Mel Bedani has struggled with her training while being in Australia.

It was 5 years of ups and downs because of the tough student life she had in Australia but at this moment she has already won several titles such as Australia Nationals Gold medal, Queensland States Silver Medal and Sydney open Gold Medal, and other local championships on the Jiu Jitsu field.
Even though she came from a poor family of hard workers and had no familiar nor financial support, Mel started her journey in the Jiu Jitsu field. 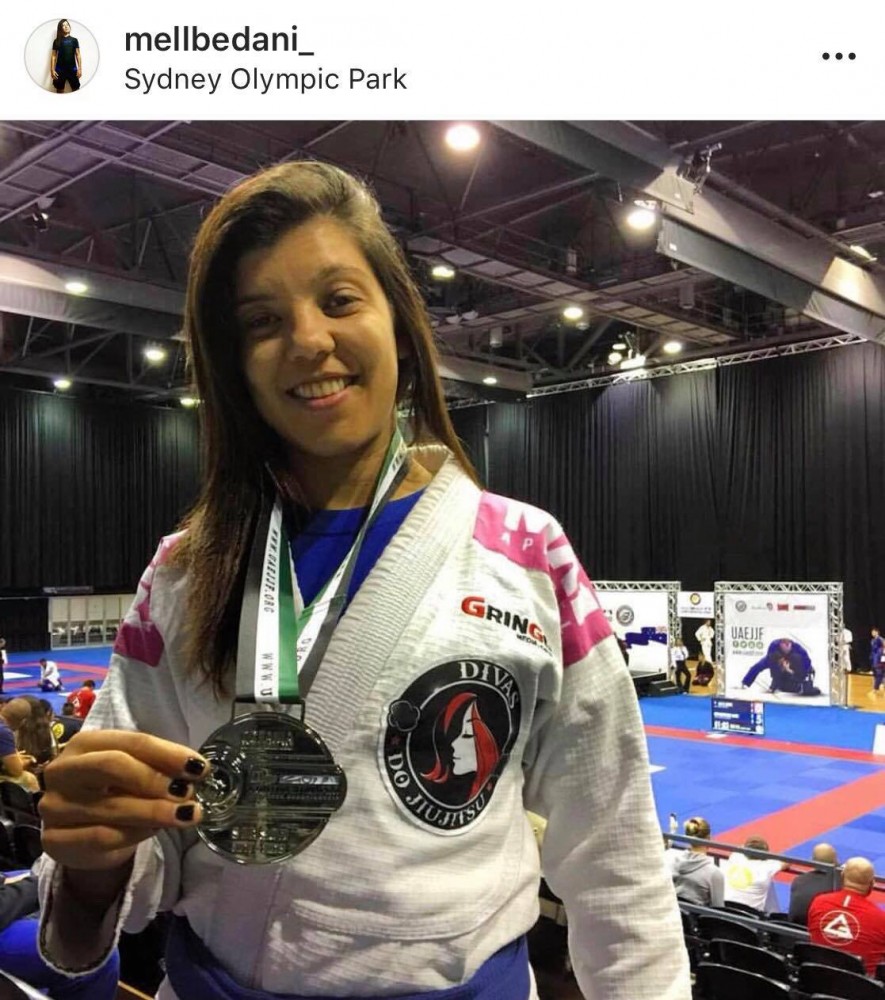 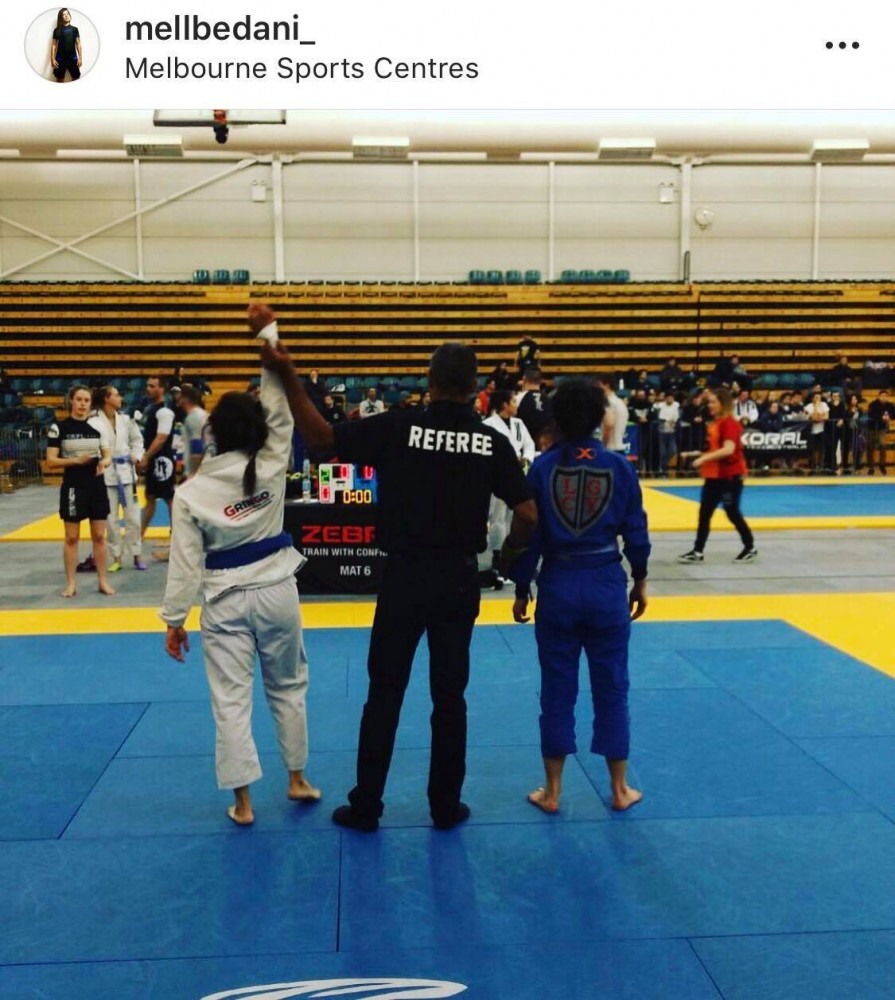 Get to know a little bit of the history of Luzia Lara Bedani.

When she first arrived to Australia, Mel had to stop training for 7 months in Gold Coast, due to the stress and the effort it took being a new student in Australia, paying for student fees, and daily spending costs. She did not have much time to dedicate to her training. However, through all these obstacles, Mel managed to make her first competition in the year 2013. Her first competition did not go very well and she claims it was due to the obstacles she faced in her life in Australia.

“ Being in Australia was not easy for me after first competition that was not well due the time then I starting looking for my permanent in australia also it did not work well, after that my life literally fall down as the same time I have broke up the relationship with my partner. Was so hard to me and I was devastated … since then I decided to focused in what makes me happier. Then I decide to do everything to dedicate my life to Jiu jitsu also because I know I would not stay in australia for long."

After all her dedication, efforts and a lot of training, Mel was ready for her second competition with the help of a sponsor. But a week before fighting she discovered that she had anemia and a bacterium in her stomach.

"I thought about quitting because I was weak and taking a lot antibiotics, but I thought had nothing to lose and I decided to compete anyway.

It was in this competition that I have found one sponsor to help me to cover and pay for some of my expenses during all my competitions in Australia." 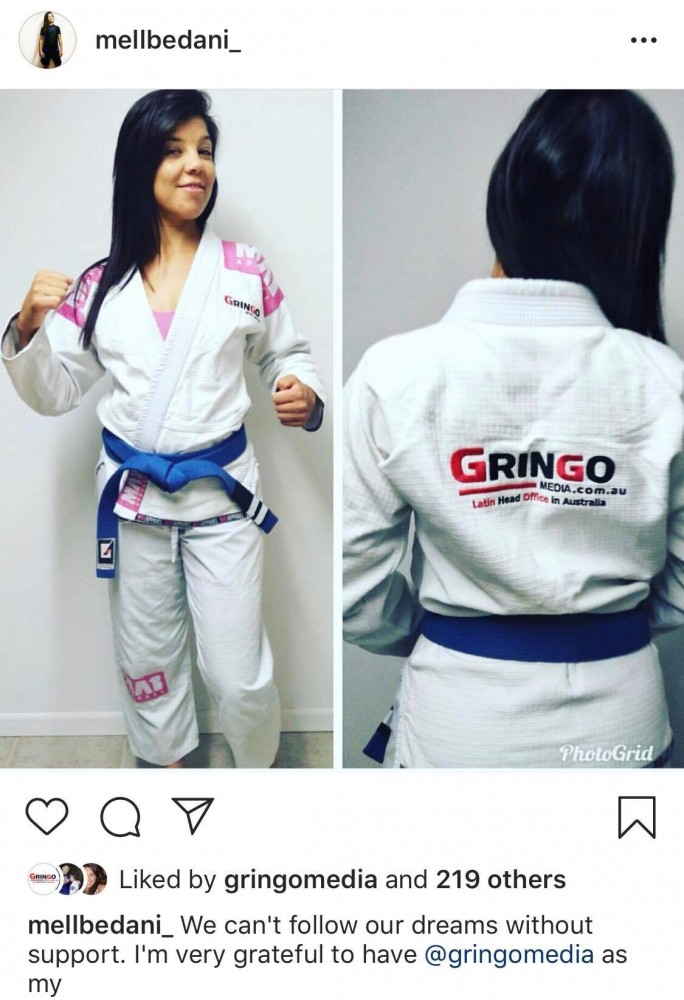 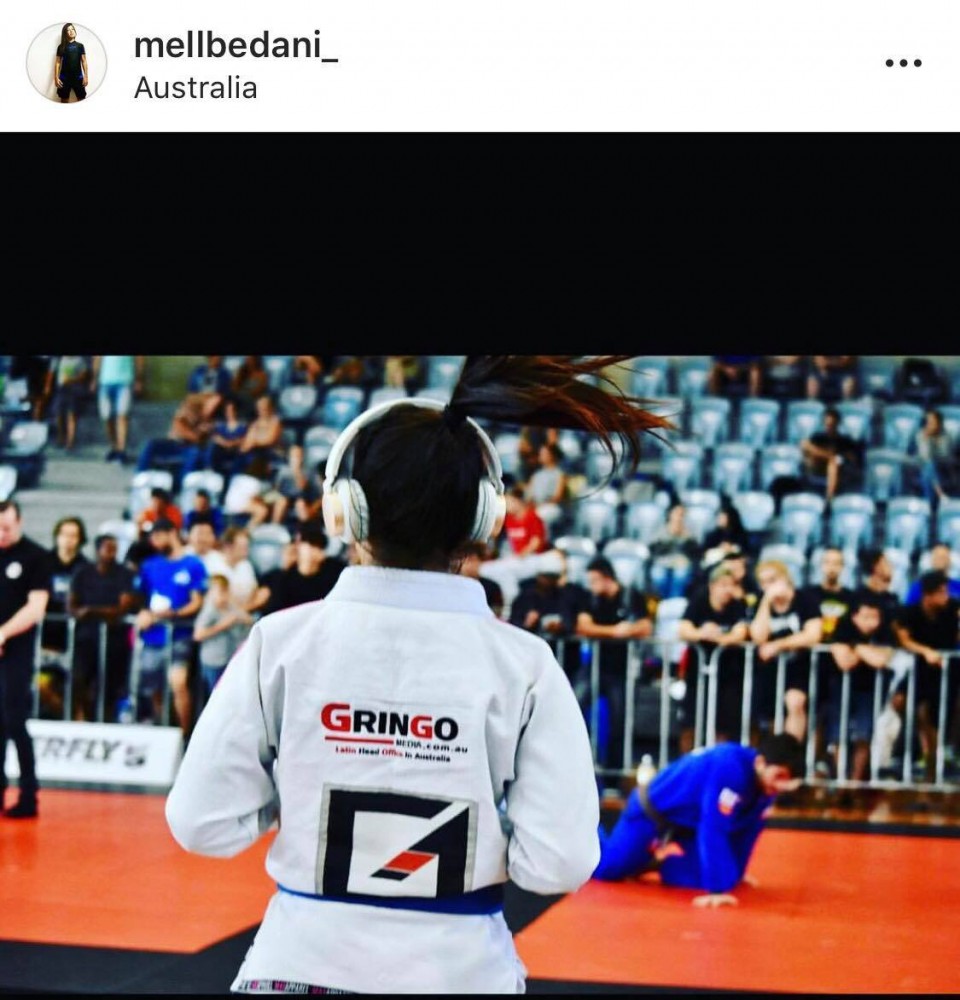 "The competition was the most important in Australia.
Gringo Media helped me so much financially with they help I could compete and won the Australian national title."

Due to the termination of her student visa in Australia, Mel decided to go to train in Thailand before returning to Brazil. She concluded a special course called Pad holder requested by MMA Coach in Dubai.

"It was a job opening in Dubai, a MMA coach , I signed up for the vacancy and I started the selection process, I stayed 3 months through the process, sending training videos and in that time I took a course to Pad holder."

Mel did not have much money but she invested what she had to do the course that would be fundamental to getting the vacancy she desired.

It was then when she decided to go to Brazil to visit her family before going to Dubai. But she was surprised by life again. She ended up not going to Dubai, and decided to focus on her training and competing in Brazil.

"When I started to prepare for the Brazilian Jiu Jitsu Championship 2019, I was trained a lot, had days that I wanted to give up but that was the only thing that motivated me at the moment and I tried my limit and everything worked out, I'm Brazilian Jiu Jitsu champion 2019.

Now next dream of the World Masters in August in Vegas

It is still a big step forward because I do not have sponsorship, but for those who have faith, life never ends.