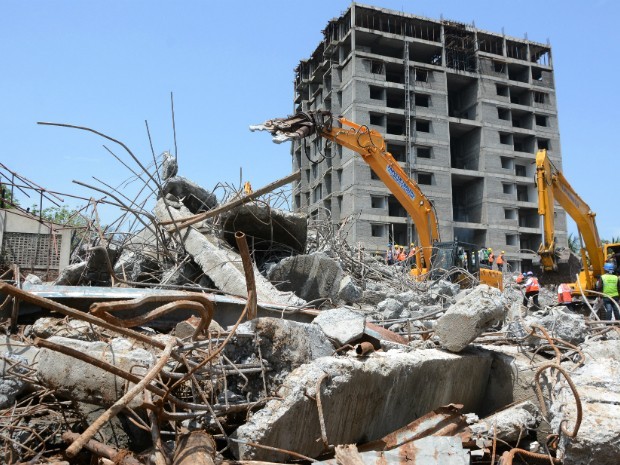 The number of casualties has increased to 26 in a tragic building collapse in India.

The accident occurred on Saturday the 28th around the city of Chennai.

Another 26 people were rescued and many are still missing.

Rescuers look for victims amid the rubble of the building in India (Photo: STRDEL / AFP)

Rescuers look for victims amid the rubble of the building in India (Photo: STRDEL / AFP)

"The death toll of the building collapse in southern India on Saturday increased to 26, while an undetermined number of people are still trapped in the rubble," said Efe, an official source .

"So far we have recovered 26 bodies and rescued 26 people alive," confirms MK Verma, national commander of the Civil Defence (NDRF, acronym in English). The agency is leading the rescue operations. Verma said that there are still people trapped in the rubble, but he did not know the exact count.

The collapse of the 11-story building under construction occurred in the early hours of Saturday morning at the Mugalivakkam neighborhood on the outskirts of Chennai. Most victims were employees of the construction, where, in India, builders often live in the building during the construction period.

Meanwhile, police arrested six people accused of manslaughter, among them, the owner of the building, his son and two engineers, according to Verma.

Such accidents are common in India and its causes are often attributed to the poor state of infrastructure, lack of maintenance and corruption.

On the same day of the collapse in Chennai, at least 11 people died - including three children - in a similar incident involving an illegal residential building in Delhi.

In addition, in April 2013, 74 people died in the crash of an illegal property in Mumbai, in the Southwest and in January this year, the collapse of a building under construction in the state of Goa also killed 24 people.